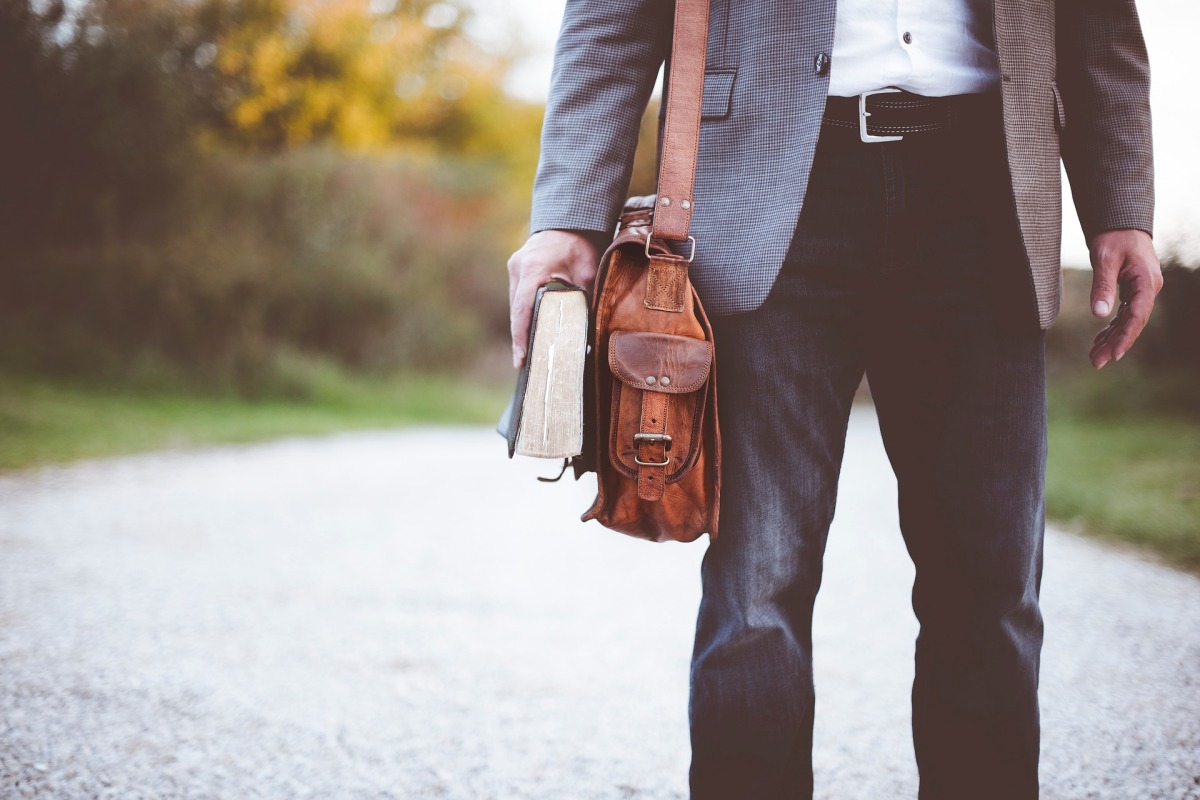 As I’ve been teaching a Sunday School class on Dietrich Bonhoeffer, I’ve noticed that he and I have a lot in common. He pursued a greater understanding of theology, yet continually felt that head-knowledge wasn’t enough. He was disgusted at American churches with their love for liberal Christianity, social relevance, and conformity to the world. He wasn’t scared to criticize his contemporaries or entertain radical new ideas. He believed love was well worth the risks it brought and the fear of loss. He had bouts of depression. He could be rather intense at times and felt that some people were put off by him.

But what we’re going to address today is his view that the Christian life is so much more than going to church, reading motivational books, and putting on a good face. He believed the Christian is called to take their faith out of church and into the world.

We start with the fabric of reality itself. Bonhoeffer believed the incarnation of Christ supports the framework of one reality. To speak of “the world” as if it’s some foreign realm isolated from Christianity is not accurate. Christ came to the world. We are in the world. We’re not called to Paradise just yet. We ought to live to fulfill our earthly commission rather than wait around for the second coming.

“As long as Christ and the world are conceived as two realms bumping against and repelling each other, we are left with only the following options. Giving up on reality as a whole, either we place ourselves in one of the two realms, wanting Christ without the world or the world without Christ—and in both cases we deceive ourselves”

So many people gravitate to the extremes. For some, this means love of the world at the expense of their walk with Christ. They can’t get over their habits. They can’t reject addiction. They can’t break off their relationship with materialism, pride, and selfishness. They might be heard saying things like “Don’t judge,” “Nobody is perfect,” or “I’m not into legalism.”

For others, they love their “Christian” life more than their “real” life. They just want emotional spirituality without having to worry about getting their hands dirty. They ignore the fate of their unbelieving friends in the name of keeping themselves “pure.” They scoff at certain activities, labeling them “worldly” so they can rally behind others in ostracizing those who practice them. They might be heard saying things like, “Don’t be conformed to the world,” “I can’t stand people like that,” or “I’m trying to be more heavenly minded.”

Here, we witness our Lord and Savior speaking to the Father. He prays that we are kept from sin, sanctified in God’s truth. Yet he also says we are sent into the world. Here, the two realities meet in perfect harmony. We are in the world, yet not of the world. Perhaps even this phrase requires some deconstruction, as David Mathis proposes. Ultimately, we ought to imitate Christ in our actions, pursuing truth and holiness. This should lead us towards the world, not away from it. We should see the broken chaos around us and feel a deep desire to be the hands and feet of Christ to those among it. We should step out in faith, without fear.

“But the one who looks into the perfect law, the law of liberty, and perseveres, being no hearer who forgets but a doer who acts, he will be blessed in his doing.”

Let me know your thoughts in the comments below. Enter your email if you want to be notified when my next post goes live. Thanks for reading. Godspeed.

Processing…
Success! You're on the list.
Whoops! There was an error and we couldn't process your subscription. Please reload the page and try again.

Sign up to get new posts about Christianity, politics, and media delivered to your inbox.

Processing…
Success! You're on the list.
Whoops! There was an error and we couldn't process your subscription. Please reload the page and try again.